Your look a likes through out the years....

Menu
who here doesn't have one, I think we all do bare some resemblance to artists/celebs in some sort of a way.
Throughout my life I've had a few.

In my much younger years as in late teens early twenties some reckon I was like Goldie Hawn and Farrah Fawcett. As I approached middle age, that changed from Goldie to resembling Helen Hunt and Jodie Foster instead. late Forties early fifties, I then became Meryl Streep and Emma Thompson.

Anyways the many faces I once had, were opinions from others, not my own

My own personal view was not a tall, it was more about the shape of my face and of course the color and style of my hair. Now in my late fifties with a new look with much shorter hair, I know now I was right because of the artist I'm now told I'm the dead ringer of.

Bless" but I do love being right

But I leave you to judge for yourself 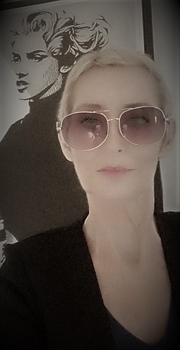