Menu
Hot off the press. Today in The New Yorker;

Satire from The Borowitz Report

WASHINGTON (The Borowitz Report)—New evidence uncovered over the past several weeks indicates that intelligence is not contagious, a study by the Centers for Disease Control reports.

In a controlled experiment documented by the study, a seventy-nine-year-old man with intelligence was placed in close proximity to a seventy-three-year-old man without it for a period of several weeks to see if even a trace of his knowledge and expertise could be transmitted.

After weeks of near-constant exposure, however, the seventy-three-year-old man appeared “a hundred per cent asymptomatic” of intelligence, the researchers found.

“In terms of facts, data, and wisdom, there was zero community spread,” the report stated.

The researchers, however, left open the possibility that intelligence might be transmissible to other people, just not to the seventy-three-year-old who was the subject of the experiment.

“There is evidence to suggest that this subject has developed a super-immunity to intelligence, making it impossible for even rudimentary information to permeate his extraordinarily thick cranium,” the study indicated. 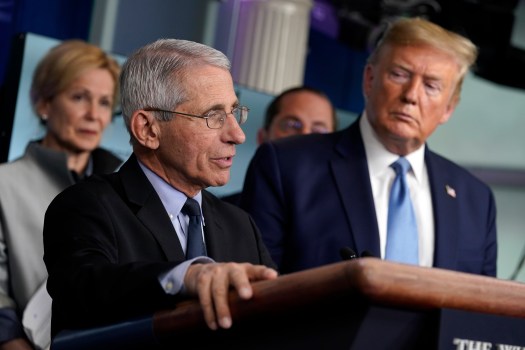 Andy Borowitz is a Times best-selling author
and a comedian who has written for The New Yorker since 1998.
He writes The Borowitz Report, a satirical column on the news.


Alternatively, decrease in the ability to interpret intelligent ideas, while replacing them them with truly dumb ideas, can be too easily assimilated, as evidenced by chants at Trump's rallies.